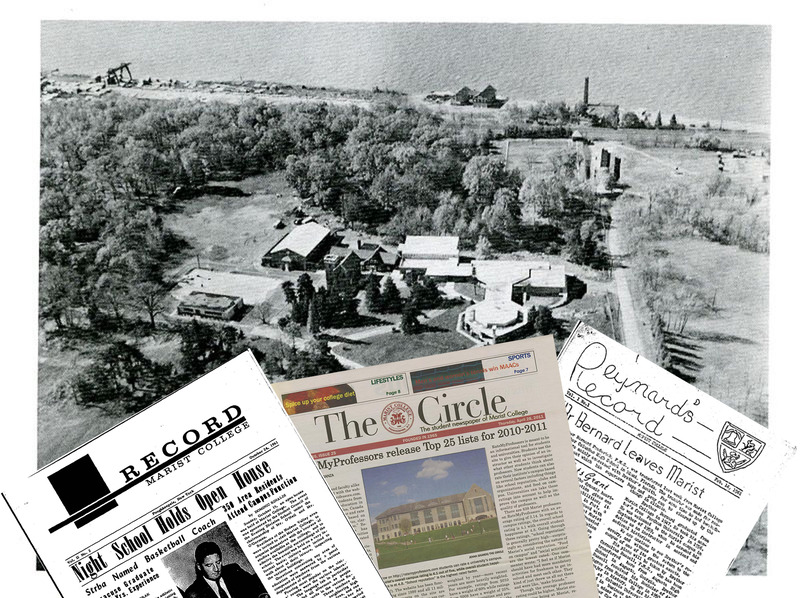 The Marist College student newspaper has served a crucial role on campus by keeping the Red Fox community informed. Since 1961, Marist students have reported on campus leadership and the institution generally. It also served as the primary way for students to share their opinions and initiate community conversations.

At the start of 1961, the Reynard’s Record first appeared in print and later that year the name was shortened to The Record. In 1965, the student newspaper underwent another name change and The Circle has been in publication ever since.

The Marist College Student Newspaper Archive is maintained by the Archives and Special Collections and our goal is to provide you complete access to the back issues of the student newspaper. You can currently search or browse all the issues from 1961 to 2015. More recent years will continue to be added to the archive, so keep checking back.