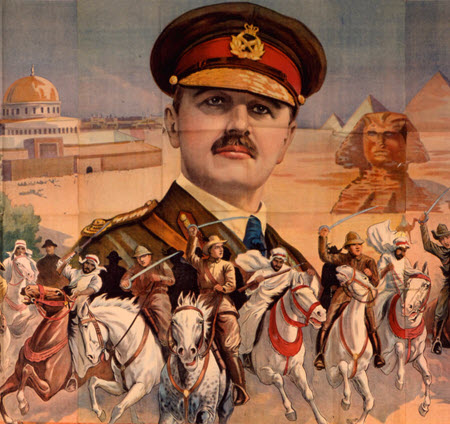 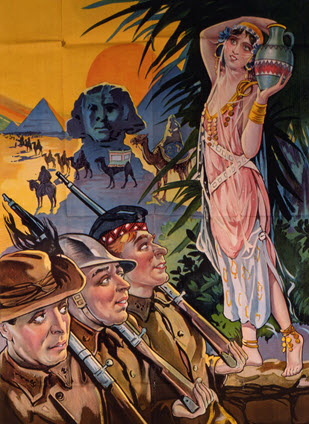 After returning to the United States in early 1919, Lowell Thomas crafted a series of travelogues on the Italian Front, the German Revolution, and the Palestine campaign. During his New York and Columbus performances he added another travelogue on the Arab Revolt and soon discovered that adding Allenby and Lawrence in the titles drew the biggest crowds. On the voyage to Britain he and Dale Carnagey (later Carnegie) discarded the less popular European shows and crafted a two-part travelogue they called “With Allenby in Palestine and Lawrence in Arabia.” A ten minute intermission was added to mimic London's usual theater schedule. Thomas's tale was as entertaining as it was informative and audiences were enthralled at the technical marvels on display. Thomas and Harry Chase were quite innovative for the time. Chase developed dissolving techniques between slides and Thomas's booming voice highlighted lantern slides that were colored by hand. Thomas's show was one of the first to have unique music scored to match his performance. Audiences also were treated to aerial photography and film for likely the first time as Thomas displayed motion pictures of the pyramids from above while joking how the unsteadiness was due to the pilot's hangover from the night before. For certain, it was a presentation that audiences had never seen before.