Erastus Corning (1794 - 1872) took John Flack Winslow (1810 - 1892) into partnership in 1837 when Winslow was only 27. Corning had extensive interests in several industries including hardware, iron, railroads and banking. He probably recruited Winslow because of Winslow's knowledge of the iron industry. The partners operated the Rensselaer Iron Works and the Albany Iron Works, introducing the bessemer process in 1865. 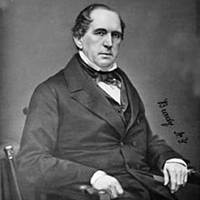