Fern Tor is the 13 acre estate acquired by Marist College in 1997. The estate, at the campus's northern boundary, is a quiet retreat rich with trees, wild flowers, herbs, shrubs, wildlife and several ecological habitats. It is graced by a Hudson River view and 800 feet of shoreline. The land remained undeveloped until 1861 when Thomas Newbold purchased it for the site of his family's home. By the 1880s Newbold had constructed a mansion with a southern vista of the Hudson River, a summerhouse, formal gardens, greenhouses, a man-made pond, and a carriage house. Frederick Newbold inherited the estate from his father, and Frederick named the property Fern Tor after its ferns and rocky hills. The next generation of Newbolds sold the property to the Way family, who transformed the carriage house into their home and eventually sold the parcel to Marist. The foundations are all that remain of the mansion, which marked the highest point on the Marist campus.

Now environmental science and non-science majors are benifitting greatly from Fern Tor. Previously only science majors could go on the field trips necessary to make field observations, because travel and access were too difficult to arrange for large classes of non-science majors. Now any Marist student can walk to this undisturbed area to use it as an ecological lab or to just enjoy the peace and quiet. (Source: Building & Place Names) 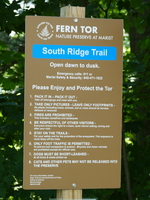 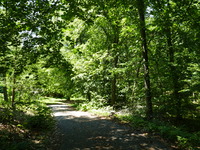