Fontaine Hall was named after Brother Paul Ambrose Fontaine, FMS. President Emeritus and a Life Trustee of the College, Brother Paul played an integral role in shaping Marist during its early years.

From its opening in May of 2000, new Fontaine Hall has housed the School of Liberal Arts office and faculty, the Office of College Advancement, which includes the offices of Public Affairs and the Alumni Affairs. The Marist College Institute for Public Opinion (MIPO) which used to be housed here has been moved to the third floor of the Hancock Building. The building also holds four classrooms and a multimedia "black box" theatre, and two conference rooms, including the striking Henry Hudson Room - a large conference space with skylights and a beautiful view of the Hudson. (Source: Building & Place Names) 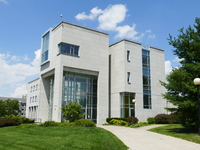 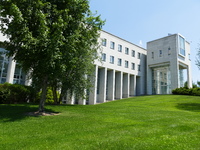 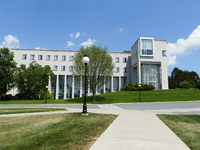 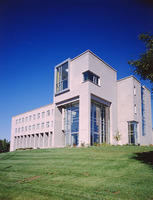