New student townhouses opened in 2008 as a result of the demolition of two smaller residence halls, Benoit and Gregory.

In their place was built, in 2011, the Hancock Center, named for Marist Trustee Ellen Hancock, who provided the lead gift for the facility. Designed by noted firm Robert A.M. Stern Architects, the building is a stunning example of the Hudson River Valley vernacular, using the stone and brick that are signature elements of many of the region's great estates and institutions, such as the U.S. Military Academy at West Point. At the same time, it is a uniquely advanced building in its infrastructure and functionality, featuring a green roof and advanced teaching and research technology in its classrooms, the Marist Institute for Public Opinion, the School of Computer Science and Mathematics and its computer research labs, and a New York State-funded business development incubator. In concert with the project, nearby roadways were reconfigured and new green spaces were created. 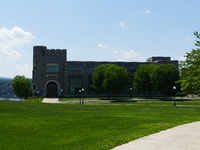 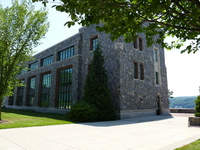 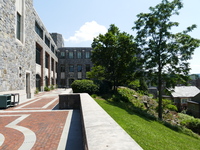 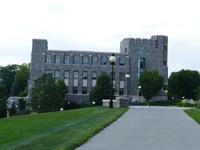