The Construction for Leo Hall was funded with a federal government loan, and the dorm opened in 1963. When women were invited to live on campus in 1969 they first occupied the sixth floor of Leo Hall. Currently used as a coed residence for freshman, it is dedicated to the memory of Brother Leo Brouiletter, Provincial of the Marist Brothers, from 1921-1930. Brother Leo was responsible for securing the original charter for the Marist Normal Training School in 1929.  (Source: Building & Place Names) 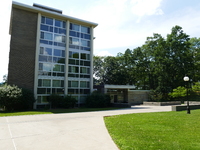 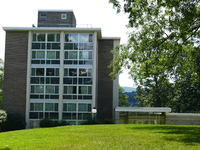