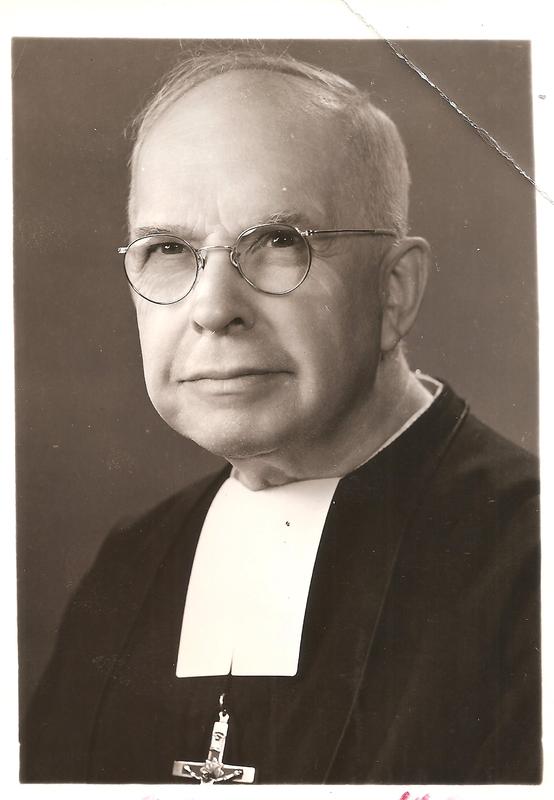 Bornin Canada in 1882, Leo was eventually named the first President of the Marist Norman Training School. This institution would later become a four year college called Marian COllege, later to be knowon as marist College.

He served as Provincial from 1921-1930. Late in life he retired to the community at Esopus, New York where he died. Leo Hall at Marist College is named in his honor.

3 June: Bro. Leo [Legontianusl, fms
(Joseph George Brouillette: 22 April 1882 — 3 June 1962)
The Brouillette household was a simple but devout family in St. Stanislas, P.Q., Canada. There a son was born on 22 April 1882. His parents, Eugene and Madame (Page) Brouillette christened him George and also added the name Joseph, as was given to all Catholic Canadian boys at that time. Little George became interested in the Marist Brothers and entered their Juniorate at Iberville on 15 March 1893. There he received the best possible educational grounding and showed himself an outstanding student and exemplary Junior. Thus, he was admitted to the Novitiate in St. Hyacinthe and received the Holy Habit on 8 December 1897. As was the custom then, he took the Vow of Obedience the following year and made Perpetual Profession on 23 August 1903.
His first assignment after the Novitiate, usual at that time, was to manual work; he was appointed cook at Lévis. The following year he went to teach at St. Agnes in New York City, but he returned to Canada after that one year to teach in St. Romuald, suburb of Quebec City, from 1900-1902. He spent six more years in Canada, four in Montreal and two in Iberville. Notre-Dame-du-St-Rosaire in Iberville was an elite school. Its students won science awards at the Chicago World's Fair in 1892, and the Gold Medal at the Paris Exposition in 1900. Presumably the Brothers assigned to the school were the best, and, in fact, besides Bro. Leo, we note that BB- Zepheriny and Aloysius-Mary also taught there. Leo returned to New York in 1908 to teach once again at St. Agnes for two years and then four at St. Paul as Director/Principal. During the Summer of 1911 he and Bro. Aloysius Mary set up an intercom system linking all the buildings on the property in Poughkeepsie. It will serve for thirty years, until a public phone system is installed in March 1942. In 1913 the Brothers built a dam on the northwestern end of the property to create a waterfall which drops 17 feet and turns a waterwheel to generate electricity which, in a few years, supplies all the Brothers' needs, including pumping water for all the buildings and gardens. Leo and Aloysius again lead this project. That same year Bro. Leo obtains his "State Life Certificate" for teaching in New York.
Bro. Leo's outstanding administrative abilities were confirmed at St. Paul's in New York City from 1910-1914, and in 1914 he was named Director/Principal of the thriving Ecole Hévey in Manchester NH, where in 1911 the Pastor had built a new "showcase" school for 800 students, complete with yards and rooftop garden. Bro. Leo's four years there completed, he taught at the Scholasticate for one year before returning to New York City in 1919 as Director/Principal of St. Ann's Academy. This, though, was to be shortlived. The war years, and even more so, the post-war years in the turbulent Twenties were very diffcult. Thus it was that the General Administration in Europe called upon Bro. Leo to lead the United States Province for the unique mandate of 9 years, 1922-1931.
The new Provincial was known as a solid Marist and committed educator. During his terms he worked with indefatigable zeal at the re-organization of the secular and religious studies in the Province. He set a movement afoot towards greater cultural and professional depth. Almost immediately he went to Germany to purchase a considerable amount of equipment for physics, chemistry, and biology for the Scholasticate and Juniorate. In February 1923 Albany provisionally accredited our Houses of Formation as Junior and Senior high schools. Permanent accreditation was given in June 1925. In 1923 also Bro. Leo decides that the Juniors must complete Second Year of high school before admission to the Novitiate; he will raise this to completion of Third Year in 1928. St. Joseph's bi-lingual Juniorate is opened in Tyngsboro MA in 1924 and win be the significant factor in the increase of Brothers from 173 to 211 during Bro. Leo's mandate. In 1926 Mount Saint Michael Academy is opened in the Bronx and Bro. Florentius is appointed Director/Principal.
Surely one of Bro. Leo's most noteworthy educational achievements was the founding of Marist Normal School in Poughkeepsie in 1928 under Fordham University auspices. It was provisionally accredited in 1929 and granted a permanent charter in 1930. As Provincial, Bro. Leo was legally President of the new 2-year college and the Provincial Council members were the Board of Trustees. They ordered major renovations to Greystone, adding a third story and the tower and stairs to accommodate labs, library and dormitory. Marist Normal School became the 4-year Marian College in 1946, renamed Marist College in 1960.
After his lengthy term Bro. Leo stays on to teach for a year at St. Ann's Juniorate, then directs St. Joseph's in Haverhill, MA for a year before replacing the ailing Bro. Florentius as Director/Principal of Mt. St. Michael Academy for one year. In Fall 1933 he returns to Poughkeepsie to teach in the Novitiate before becoming Director General of the property from 1934-1940. He looked forward eagerly to the 1940 nominations when he knew he would go back to his favorite spot, the Juniorate, to teach his favorite subject, physics. Providence had other designs, though, and after only two years in Tyngsboro he returned to Poughkeepsie for another term as Director General. However, he managed to extricate himself after only two years and go to Marist Prep in Esopus for 15 years. There he continued to teach physics, build up an excellent physics laboratory, and played with his various electrical devices.
The Marist Brothers honored Bro. Leo in a special way in 1947 on the occasion of his Golden Jubilee, and again in 1957 on his Diamond Jubilee. In 1959 he left Esopus to retire fully in Tyngsboro. He died there on 3 June 1962, full of age, and wisdom and grace before God and men, a modest, simple, humble "Little Brother of Mary' with an incalculable religious and educational legacy. "Come, you whom my Father has blessed, take for your heritage the kingdom prepared for you since the foundation of the world." [Mt 25:34]
(JLRB, I I November 2002, taken from multiple sources.)