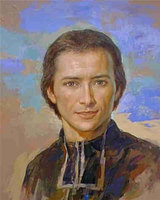 To understand how and why the Brothers physically built the college campus, one must understand their underlying culture.

The Brothers were founded in the country district outside Lyons, France, in what could only be considered very hilly land where the people eked out a marginal existence. When Saint Marcellin Champagnat decided something needed to be done or get built, he relied first on his available resources not on a fund raising drive. The prime example of this was the mother house at St. Genis-Laval. Except for several skilled masons, this was built almost entirely by the brothers. They carried the rocks, mixed the mortar, and chipped out an enormous rock ledge (sans dynamite) to provide room for the building which was tucked between the river Gier and the ledge.

Around 1905, there was a heavy influx into America of French brothers who had been expelled for religious reasons. Champagnat's spirit of independence and resourcefulness carried over to Poughkeepsie after the Brothers purchased the Bech and McPherson properties, both of which were in ramshackle condition. Using their own labor, they added extensions to the McPherson building and to the east and west sides of St. Peter's stone house. They built two long bungalows in 1912 to be used as temporary dormitories and a wood shop, placed an additional third floor on the Bech house, built chicken coops, a silo, and some fruit cellar caves (caveaus). The results were hardly architectural masterpieces - they were the product of unskilled labor and amateur architects - but they worked and stayed within limited budgets.

There was a lot of ingenuity involved. In order to provide their own water supply, in 1913, the brothers built a water wheel 18 feet in diameter (near where the townhouses on the water works road are now situated.) A dam was built to ensure a constant supply of water for the wheel. The brothers first built a test wheel to be sure the operation was feasible, then built the wheel itself. They were required to lay 900 feet of pipe from the wheel to the Hudson through swampy land. A water tower constructed near the barn in 1914 ensured an adequate water supply and pressure for the farm until 1935. It was decided in 1918 to harness the water wheel to a dynamo to electrify the houses. Good idea, but it never supplied enough power, so the properties hooked up with local utility for electricity and gas.

Fed by natural springs, another pond with a small island was located on what is now the site of the Lowell Thomas Building. In 1911 it was drained, deepened, and rimmed by a hired mason. Around 1935, it was converted into an outdoor swimming pool. To create a base for the concrete bottom, the brothers pressed old bedsprings vertically into the mud, then added a horizontal layer of bedsprings, and poured the base, mixing the elements by hand.

The cemetery was a hasty choice made when the first brother died in September 1909. It was placed in a hollow at the south end of the Bech property. Brother Peter Augustine spent one winter preparing the area and removing the stones. Brother Paul Acyndinus and the novices built the cement wall around the cemetery in 1921.

In 1945, a new era began. Brother Paul Ambrose shepherded the move to a full college and better facilities were needed. Brother Francis Xavier, a professor, was placed in charge of building a gym, with a price not to exceed $100,000. Brothers came to the property during the summers to dig the foundations. Brother Francis hired masons for the brickwork, but student brothers mixed the mortar and toted the bricks. A crane was hired for two days to place the trusses, but student brothers arranged the remainder of the roof beams. The roof itself was constructed under the direction of Brother Paul Ernest, the physics teacher. The scholastics took one week off during the fall of 1947 to pour the concrete floor. All concrete was mixed by hand, and Richard Foy was part of the mixing crew. His job was to unload a bag of cement into the hopper. Three loads of stone and three loads of sand (1 cubic foot each) were dumped into the bucket by Brothers John Alexius and Simeon Arthur. Then Brother Dennis Murphy added the water. Other student brothers toted the cement in wheelbarrows, and still others troweled the mix under the direct supervision of Brother Francis. Later, heat and plumbing was added to the building using a friendly electric contractor and a steamfitter from Kingston who posed as a 'Brother' whenever the union representatives came around.

In 1949, Brother Francis Xavier transferred to Esopus where he handled a large renovation to the English Village, adding a huge gym and transforming the village in many ways. The architect was a former brother from Baltimore who respected the character of the English Village by placing the plainer brick additions out of view.

This photo (left) shows the melding of the original classic stone and slate with the modern brick addition.

Brother Paul Ambrose finagled to have Brother Nilus Donnelly appointed to the college in 1952 to teach physics. Brother Nilus had been charged with construction of a gym for Central Catholic High School in Lawrence, Mass. To get this done on a very small budget, he hit on the idea of using as much war surplus material as he could lay his hands on. He rented a warehouse in Lawrence, hired a secretary, and traveled around the USA to government auctions. Using a ham radio, he communicated with his secretary and had the purchased items shipped to the warehouse. Here he hit on the idea of using poured concrete because it was something unskilled labor could do with a minimum of skilled supervision. For several summers he used vacationing Marist Brothers.

Coming to Poughkeepsie, Brother Nilus expected a rest from his five year stressful construction activity, but Brother Paul Ambrose had other ideas. He inveigled Nilus to construct a free standing chapel for which Paul would raise $100,000 plus an additional amount for the furnishings. After agreeing, Nilus engaged the architect he had used in Lawrence. Together, they designed a circular chapel with the altar in the middle - the first such Roman Catholic chapel in the United States. The construction would use poured concrete and wooden trusses, materials requiring less expertise than bricks or steel. When completed, the chapel won several awards for outstanding architecture. But Brother Paul wasn't finished. During the dedication of the chapel, Cardinal Spellman, who was deathly afraid of fire, insisted that the student brothers be moved to a place which would not be the firetrap the Cardinal saw in the McPherson house. Until such housing was complete, his Eminence insisted that some student brothers stay awake all night to warn the others in case of fire.

Brother Nilus and his architect friend designed and constructed a graceful building housing study and dining facilities for the student brothers on the site of the present Cannavino Library. The work was done by teaching brothers on their vacation time and by student brothers during the school year. The semester was lengthened from fifteen to sixteen weeks, and every week there were about a dozen students available for construction work. During this time, Nilus became suspicious of some of the working drawings being sent from Lawrence. So he went to New York City to find a mechanical engineer to review them. He looked in the phone book, and called Arbak A. Abdalian as he was the first name listed. An Armenian, Abdalian was stunned to find calluses when he shook hands with this person in a Roman collar and became a devotee of the college. (It turned out that the Lawrence architect was dying of a brain tumor, but his wife wanted to hide this fact from his clients.) This project was completed in 1956. Abdalian also did the engineering for the Donnelly, Leo, and Champagnat buildings.

There were still no sleeping quarters for the brothers, so Nilus turned to a faster method of construction: steel. An inelegant cube was constructed next to the above study and dining building and went up within months in 1957. This became the student brothers' dormitory until the construction of Benoit and Gregory houses, when the entire complex became the college library.

Almost as an afterthought, the crews built a 40' x 80' building called the Adrian Building, which served as a reception room and lay student lounge. Initially it included a small residence and office suite for Brother Nilus, as well as a high fidelity lounge and a small kitchen area. By 1965, it became the computer center, business and registrar offices; later it served as the college advancement office and the Marist Institute for Public Opinion.

At the dedication of the student housing complex in 1957, Cardinal Spellman blessed the site of the future Donnelly building which was the last major project to be constructed using brothers' labor. The construction, which took five years, emanated from Brother Paul Ambrose's dream of opening the college to lay students in the Hudson Valley.

The do-it-yourself era phased out when the college applied for government and bank funding for future building, the first of which were the Sheehan and Leo dormitories. Brother Nilus continued to supervise the construction, and did much of the site work for the bulwark at the boathouse, Leonidoff field, water lines, parking lots. His bulldozer, crane and backhoe were common sights on campus. By the mid 1970's, the era had ended.