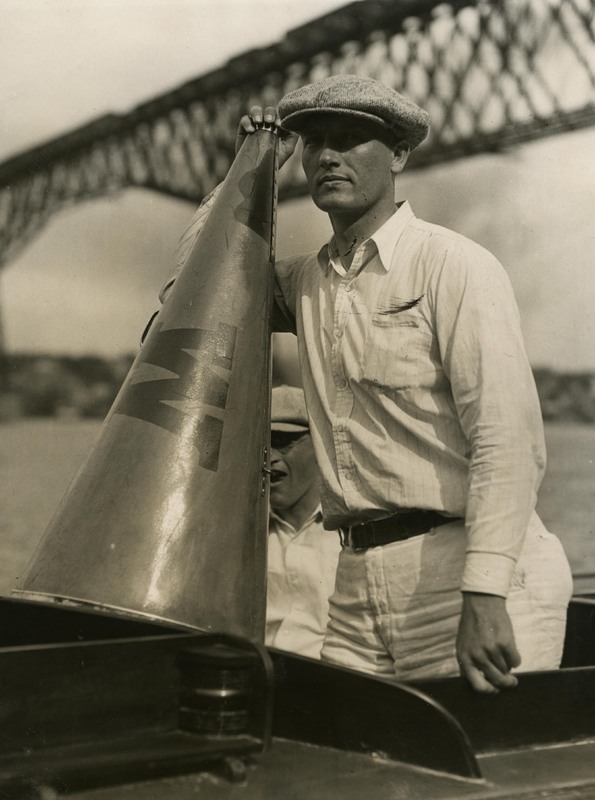 Alvin Martin "Al" Ulbrickson rowed for the University of Washington from 1923-1926 and was stroke of the varsity crew that won the Poughkeepsie Regatta in 1923, the first Washington victory on the Hudson.  Ulbrickson was moved up to the varsity for the regatta from the freshman crew.  He became crew captain in 1926.

After graduation, he served as assistant coach to Russell "Rusty" Callow until Callow left Washington in 1928 for the University of Pennsylvania.  Callow recommended that the University of Washington make Ulbrickson head coach and they agreed,  despite the fact that he was only 24 years old at the time.  Ulbrickson would be the 4th coach for the program and continue in that position for the rest of his coaching career.  That same year, Ulbrickson chose to hire fellow 1926 crew member, Tom Bolles, to serve as freshman coach alongside him.

Ulbrickson's first season as coach was disappointing, but he definitely learned a great deal.  It was also the first time that Washington took 3 crews to Poughkeepsie.  Learning from the 1928 season, Ulbrickson took only two crews, the varsity and junior varsity, to Poughkeepsie.  On their journey east, the crew stopped in Wisconsin, where fellow Washington alum, George "Mike" Murphy, coached, and defeated the Wisconsin crews on their home course of Lake Mendota.  This victory may have improved the Washington crews' confidence as they had a much stronger finish at Poughkeepsie.

Washington's chief competitor on the West Coast had always been the University of California, Berkeley and during Ulbrickson's time as coach, it was no different. In 1932 only one crew came to Poughkeepsie and they lost to California.  Despite the lack of victories in the early 1930s, Ulbrickson's crews were improving, finishing higher in the rankings at Poughkeepsie and gaining a reputation as worthwhile competitors.  With the cancellation of the Poughkeepsie Regatta in 1933, alternative races were arranged and Washington rowed against Harvard and Yale for the first time in the program's history.

With the return of the regatta in 1934, Washington again sent two crews to Poughkeepsie, the freshman and varsity.  The varsity lost to California, who were the Olympic Champions, but the freshman crew prevailed.  It was this crew that would change everything for Ulbrickson.  In 1935, Washington again sent three crews to Poughkeepsie and took two of the three races, the junior varsity and freshman.  The next year, all of Ulbrickson's work improving the program paid off on the Hudson River.  The Washington crews swept all three races at Poughkeepsie, the only university to do so other than Cornell, and repeated this in 1937.  With these victories under their belts, the Washington varsity eight then went onto compete in the 1936 Olympics in Berlin.  Ulbrickson's varsity crew would return with gold medals, the first in the program's history. The "Boys in the Boat," as they've become known, began Washington's drive to championships and cemented the rowing program's and Ulbrickson's place in rowing history.

Over the next few years, Ulbrickson had to build new crews and it took some time before he would see a victory at Poughkeepsie again.

Ulbrickson became the athletic director at Washington in 1943 when the university cancelled all athletic programs including rowing for the duration of World War II.  In 1946, as men came back to campus, Ulbrickson returned to coaching, despite being offered the position of athletic director again.

The return of the Poughkeepsie Regatta in 1947, Ulbrickson's crews again went east to compete, winning all three races in 1948.  Ulbrickson again tried for Olympic victory in 1948, but the crew lost to California by three feet.  He would coach a men's coxed four to a gold medal that year instead.  He again coached crews for the Olympics in 1952, but only the men's coxed four, featuring his son, Alvin E. Ulbrickson, brought back a bronze medal.

In 1958, Ulbrickson took the first Washington crew to the Royal Henley Regatta, where they came second to a Russian crew. Not satisfied with this loss, a race was arranged between Washington and the Russian crew to take place in Russia.  Washington won this race, which was broadcast around the world from behind the Iron Curtain.

In January 1959, Ulbrickson stepped down as rowing coach.

The Boys in the Boat by Dan Brown 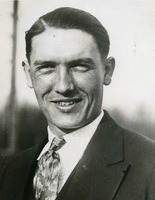 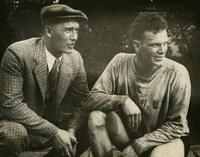 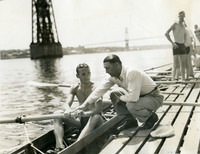 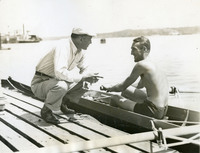 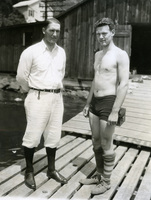 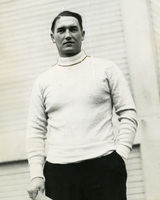 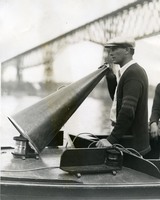 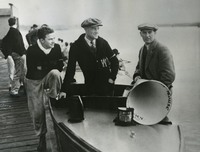 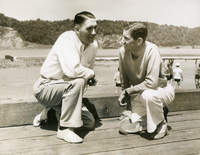 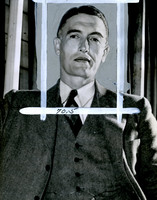 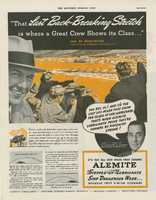