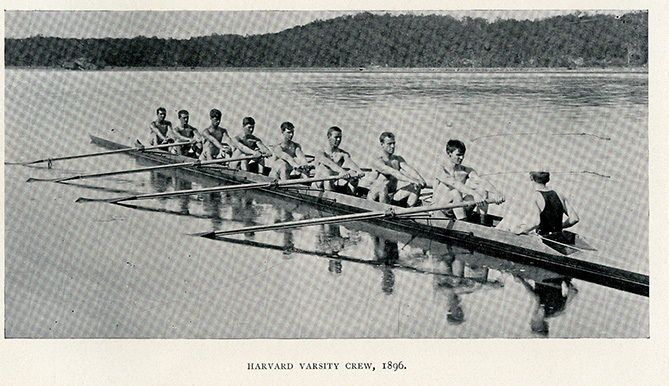 Building on the popularity of the first race, the IRA planned their second Regatta. Poughkeepsie was not the only suggested venue due to the participation of Harvard University.  Harvard had taken a break from competing against Yale in their annual contest and made an agreement to row with Columbia for two years.  Columbia proposed that Harvard join the other universities at Poughkeepsie rather than scheduling a separate race.  Harvard suggested a course in Springfield, MA and Saratoga, NY also decided to bid for the race.  Poughkeepsie was chosen because it offered better opportunities for spectators to view the race and it was favored by Cornell and Columbia.  As a direct result of the incident in the 1895 Regatta that led to the postponement of the race, a law was passed giving the Secretary of the Treasury the right to send boats to police the course.  This law allayed many concerns, including Harvard’s, about using the Poughkeepsie-Highland course.

With Harvard’s participation, a freshman eight race was added that was two miles in length.  This race became a standard contest for the rest of Regatta’s tenure on the Hudson. 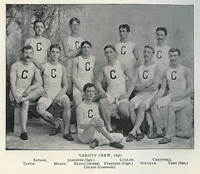