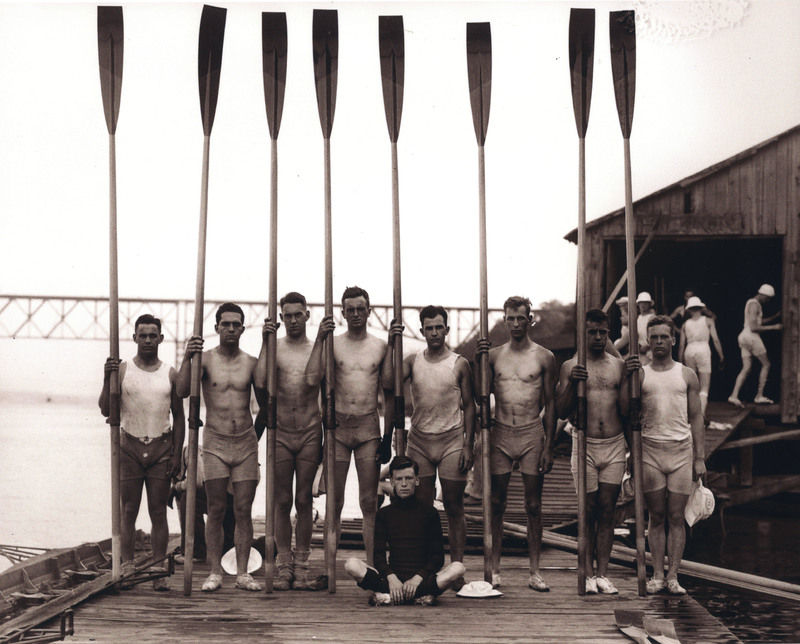 The University of Pennsylvania was a founding member of the Intercollegiate Rowing Association in 1891.  The first regatta at Poughkeepsie in 1895 was a rocky one for Pennsylvania as their shell was damaged by the wake of a spectator boat on their way to the starting line.   The race was postponed for two days to allow them to repair their shell, but ultimately they did not finish the race.

Pennsylvania was a strong competitor in the early years with victories in multiple races, but after 1901 they did not win at Poughkeepsie again.  With several second place finishes, they could never quite regain the momentum they had.  As a result in 1937, Pennsylvania took a hiatus from Poughkeepsie and competed in other rowing competitions instead, but returned to Poughkeepsie after WWII.

Oars of Glory: A Look at the Sport of Rowing in the U.S. and the Pennsylvania Rowing Tradition by Caroline Brantley

The History of Athletics at the University of Pennsylvania: A History of What Pennsylvania has Achieved in All Branches of Sport by Edward R. Bushnell

University of Pennsylvania Archives Exhibit--Rowing at Penn: The Early Years, 1854-1901