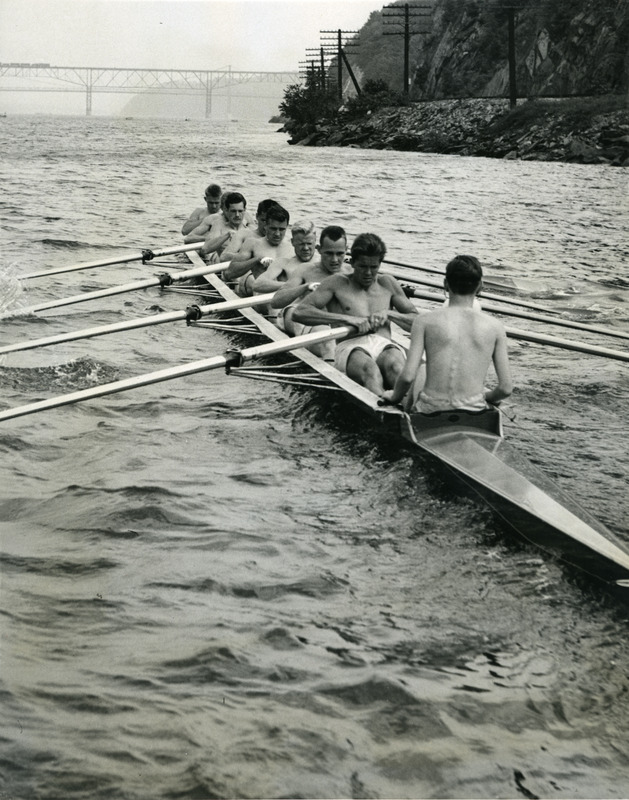 One of the founding members of the Intercollegiate Rowing Association, Columbia University participated in every regatta held at Poughkeepsie.   Columbia was often the first to arrive at their quarters, weeks ahead of time to practice.   They often traveled by boat up the Hudson River to Poughkeepsie, making it an easy trip to the race course.  When debates arose over moving the regatta from Poughkeepsie, Columbia was a strong proponent for the Poughkeepsie-Highland course. Columbia's belief in Poughkeepsie and Highland as the home of the IRA regatta was so strong that they build the first permanent boathouse and quarters along the Hudson's western shore in 1913.  Columbia won the first regatta in 1895 and had several victories on the Hudson course thoughout the regatta's tenure, but 1929 marked their last triumph in the varsity 8 race.

A History of Columbia College on Morningside

Columbia, Colossus on the Hudson by Horace Coon