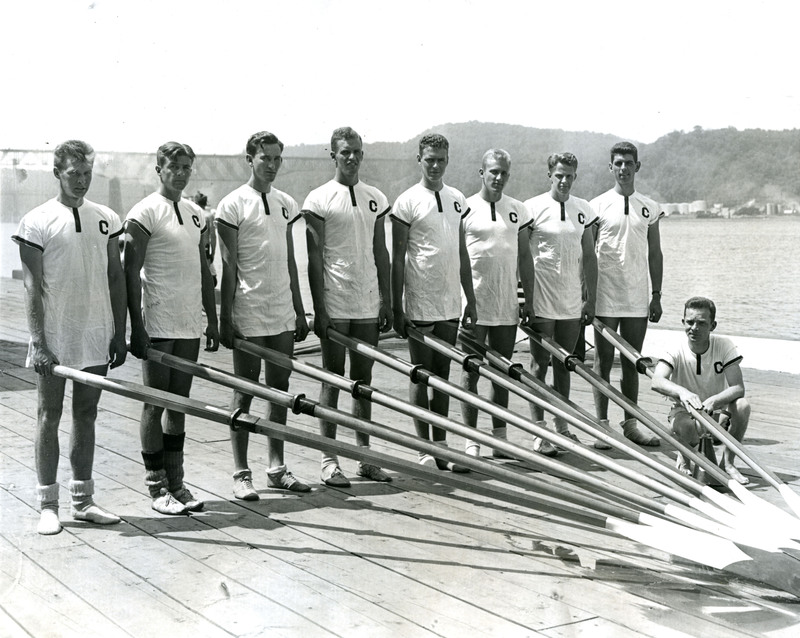 Cornell was one of the founding members of the Intercollegiate Rowing Association.  They desired to prove themselves in the world of university rowing, propelled by Yale and Harvard's refusal to allow Cornell to compete in their traditional 4 mile competition at New London.  Cornell decided to form its own rowing association with Pennsylvania and Columbia thus establishing the IRA.  Cornell participated each year the regatta was held on the Hudson River and dominated the field prior to World War I.

Cornell established a course record for the 4 mile varsity race in 1901 that remained unbroken until 1928.  They also won all three races, varsity 8, varsity 4, and freshman 8 multiple times between 1900 and 1912.  Cornell's successes could be attributed to the coaching style of the retired professional sculler, Charles "Pop" Courtney.  Courtney created the "Courtney stroke" that led his crews to victory.

When Courtney retired in 1917, Cornell's crew team was no less talented, but were edged out many times by the Naval Academy and West Coast crews.  Cornell continued to win the junior varsity and freshman contests in the 1920s and 1930s, but their only victory in the varsity race came in 1930 and it would be their last during the Regatta's tenure at Poughkeepsie.

Cornell's boathouse was the last contructed on "Regatta Row," in 1938 and is the only permanent boathouse still standing and is now owned by Marist College.

Cornell Verse: A Volume of Selected Poems Written by the Students of Cornell University by Henry Adelbert Lyon