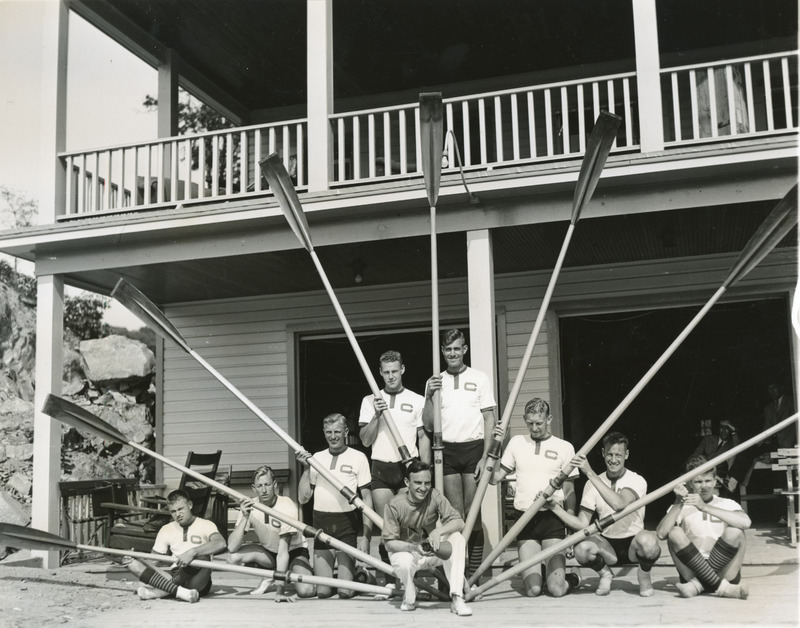 The University of California, Berkeley made its first appearance at Poughkeepsie in 1921 as the winner of the Pacific Coast Regatta.  Participants of the Pacific Coast Regatta included Stanford and Washington Universities who as winners had previously sent crews to Poughkeepsie.  California sent only a varsity crew who finished second to the Olympic champion Navy crew, an excellent start for their first time competing at Poughkeepsie.

California would not return to Poughkeepsie until 1926, when they sent varsity, freshman, and junior varsity crews.  After the 1926 regatta, they began competing every year and in 1928 had their first victory on the Hudson River and it was quite a victory.  The varsity crew broke a course record set in 1901 by Cornell, marking themselves as serious competitors.  They followed up with another victory at the Olympics in Amsterdam.

California could be hit or miss, but when they won, they won big.  In 1932, they repeated their victories at Poughkeepsie and at the Olympics in Los Angeles.  In 1939, the varsity broke another course record.  Once again in 1948, they were Olympic (London) champions, though they did not win at Poughkeepsie that year.

The Log of Rowing at the University California, Berkeley, 1870-1987 by Jim Lemmon

The University of California, Berkeley Yearbook--The Blue and Gold

Carrol "Ky" Ebright: Crew Coach for the University of California and the Olympics, Oral History