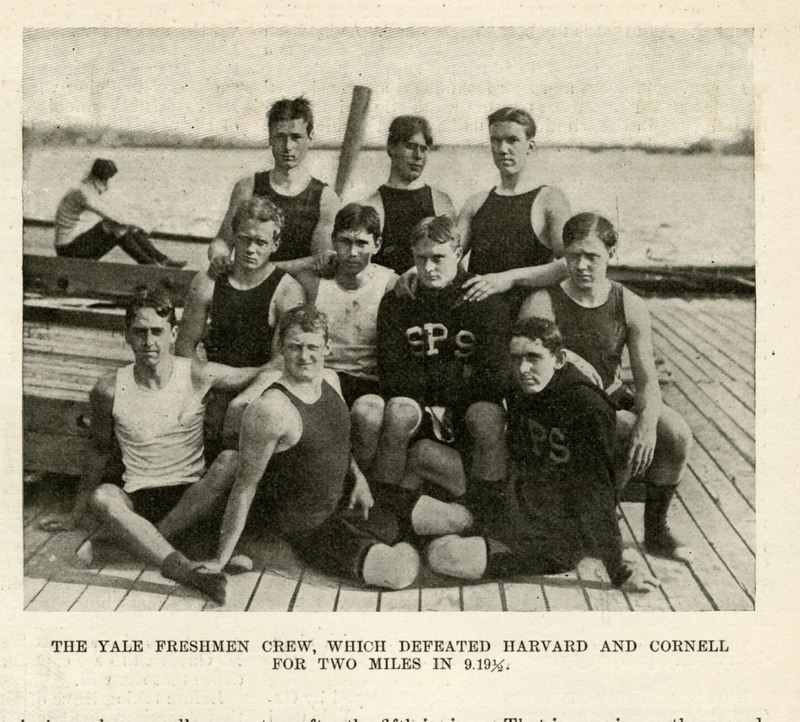 Yale University's only appearance at Poughkeepsie occurred in 1897, despite their protests and desire to hold the IRA Regatta at New London instead.  Traditionally, Yale and Harvard held their own 4 mile competition on the Thames in Connecticut.  But Harvard had agreed to row with Columbia for two years (1896 and 1897) and persuaded Yale to row with the IRA at Poughkeepsie.  Yale agreed, but refused to race against Pennsylvania and Columbia and as a result, 4 contests were held that year, a varsity and freshman race between Havard, Yale, and Cornell and a varsity and freshman race between Columbia, Cornell, and Pennsylvania.

Yale won the freshman race, but lost to Cornell in the varsity race.  This was a big upset for Yale and they would not return to Poughkeepsie or compete in the Intercollegiate Rowing Association Regatta again.

The Harvard-Yale Boat Race, 1852-1924: The Coming of Sport to the American College by Thomas Corwin Mendenhall

Yale, Her Campus, Class-Rooms, and Athletics by Lewis Sheldon Welsh and Walter Camp