There were 4 races in total.  Exclusive races were held between Yale, Harvard, and Cornell.

The third annual showing on the Hudson River was a bit unusual due to the inclusion of both Harvard and Yale.  A number of conflicting rowing agreements led to four races between five universities held over a two-week period.  Cornell and Harvard had arranged to compete against each other for two years at Poughkeepsie, but at the same time, Yale wanted to set up a 5-year agreement with Harvard exclusively.  Yale reluctantly agreed to row against Cornell in 1897 at Poughkeepsie, despite a general feeling of disdain for Cornell amongst Yale students. Cornell agreed but asked that Columbia and Pennsylvania be allowed to compete in the race; Harvard and Yale refused.  To accommodate these agreements, a plan was made to hold four separate races.

Adding to the drama, New London, CT, the traditional site of the annual Harvard-Yale contest, decided to bid to host the races and Saratoga once again made an offer.  Most universities favored the Hudson course, and it was chosen despite the higher bids by New London and Saratoga.

With five major universities competing, large crowds of spectators and an absolute fleet of spectator ships were drawn to the area. Cornell was triumphant in three out of the four races and Yale’s defeat in the varsity race was a major victory for Cornell’s rowing program, which had been disregarded by Yale for many years. 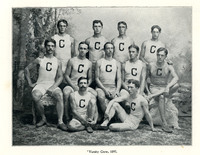 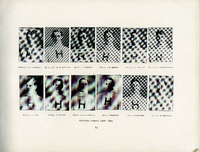