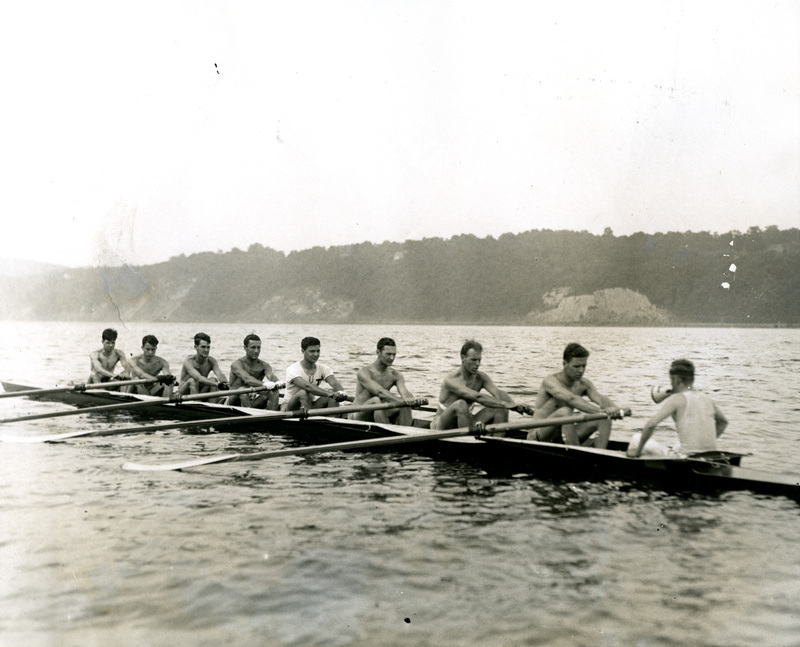 MIT sent its first crews, freshman and varsity, to Poughkeepsie in 1929.  A boathouse was not available and there was not enough time to build a new one for them.  So the local Poughkeepsie Regatta Association rented a circus tent for the crews to store their equipment in, while the crews quartered at the Wagner Inn near Vassar College.  The freshman finished 6th and the varsity swamped, taking on so much water that they could not row and did not finish the race.  They were not the only ones to swamp in the varsity race that year.  MIT became a regular participant in the regatta from 1929-1932.   In 1930, they had better perfomance in the varsity race, finishing 3rd, but finished last in the freshman.  In 1931,  the Poughkeepsie Regatta  Association built MIT a boathouse on what would become "Regatta Row."  Despite a new boathouse, they finished last in both the freshman and varsity races.  In 1932, MIT returned again, this time bringing three crews, a freshman, junior varsity, and varsity, but finished last in all three.  With these losses combined with the struggle for funding, MIT was disheartened and did not return to Poughkeepsie until 1941.

With MIT's absence after 1932, the MIT boathouse was lent to Cornell for the 1934 and 1935 regattas and ultimately turned over to the University of Washington when MIT did not return to Poughkeepsie after several years.

MIT returned in 1941, finishing second to last in both the freshman and varsity races.