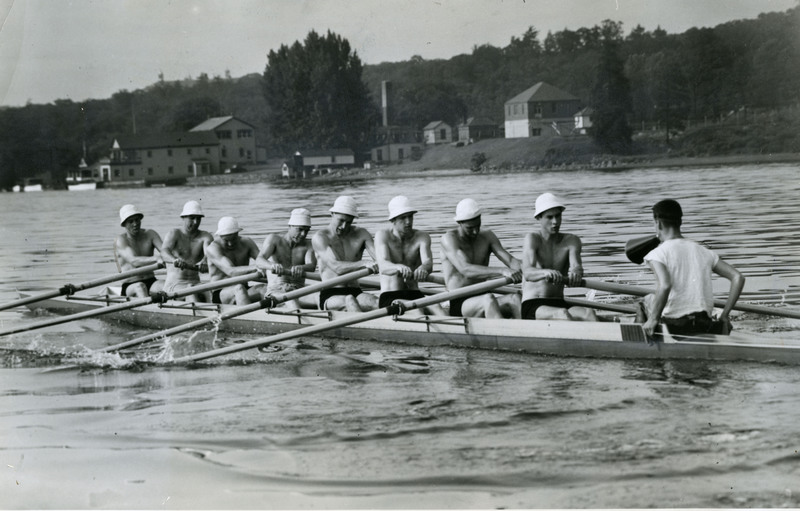 Princeton University had a long running crew program and was frequently mentioned as a possible participant in the Poughkeepsie Regatta throughout the regatta's tenure.  Each year the head of the program, Dr. Spaeth, would dash these hopes for various reasons including: Poughkeepsie was too far to travel to,  the Harvard-Yale and Poughkeepsie Regattas were too commercialized, and 4 miles was too long of a race to row.   Even after Spaeth's retirement, Princeton eschewed these competitions. So as a result, Princeton did not make its first appearance at Poughkeepsie until 1940.  They finished last in the varsity race, but came second in the freshman.  They returned again in 1941 and improved their finish in the varsity race, placing 5th out of 9.  They placed 4th out of 6 in the freshman race.

After World War II, Princeton was always in the middle of the pack at Poughkeepsie, never last, but never finishing higher than 4th place in any of the races.