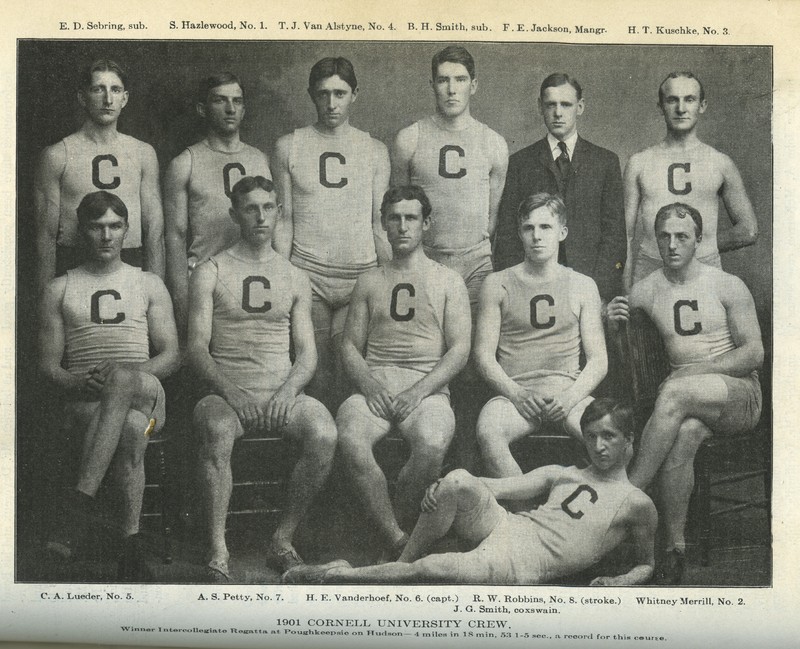 The 1901 Regatta had the biggest field of competitors in the Regatta’s history so far.  Syracuse University was finally able to compete at Poughkeepsie, bringing freshman and varsity crews.  The University of Toronto was also invited to participate but did not come.

In an effort to expand the Regatta, a fourth race, the single scull, was added.  This race created controversy among Cornell’s crew members.  One of their own, Charles Francis Jr., employed an outside trainer (James A. “Jim” Ten Eyck, later coach of Syracuse crews) something that was against university rules.  Crew members threatened to refuse to row if Francis was allowed to compete, resulting in his withdrawal from the race.  In the end, only Syracuse could field an entry for this race, which would be the first and last time this race was rowed at Poughkeepsie.

Cornell’s varsity went on to set a new course record in the four-mile varsity 8 race, also breaking a world record for four miles.  This record would remain unbroken at Poughkeepsie until 1928.

Single Scull, 1 ½ miles - Tuesday, July 2, 11:00am, raced
upstream due to tide, beginning a half mile below the bridge 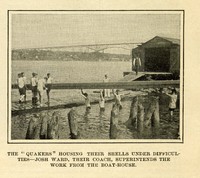 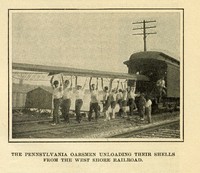 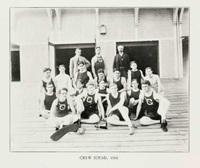 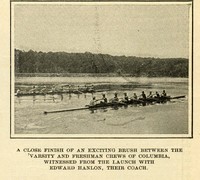