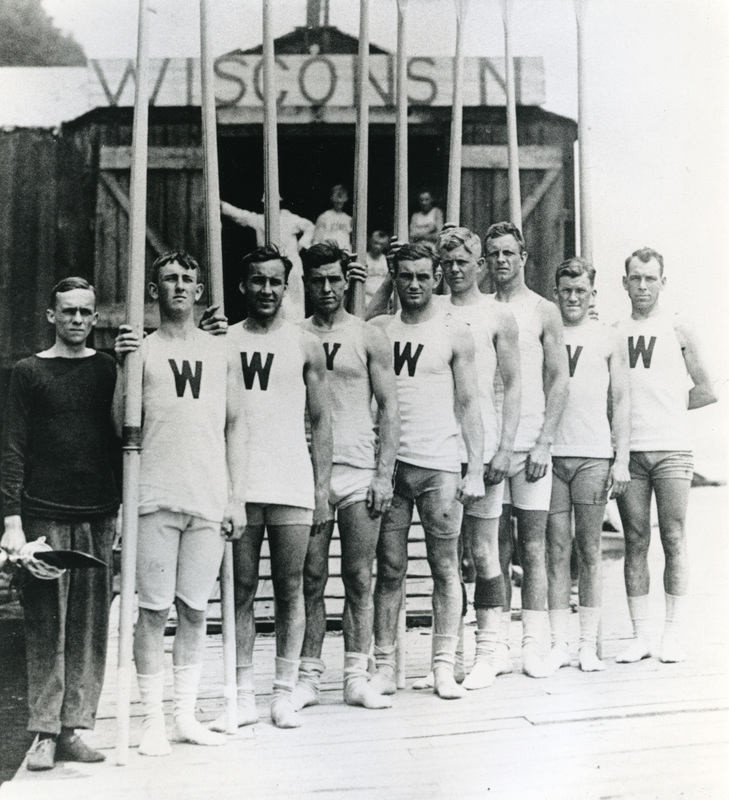 The University of Wisconsin Badgers sent their first crew to Poughkeepsie in 1899, though they had competed in the Intercollegiate Rowing Association regatta at Saratoga Lake in 1898.  They came very close to winning the varsity race at Poughkeepsie in 1899, but a berry crate floating on the Hudson caused them to change course, resulting in them losing momentum and finishing mere seconds behind Pennsylvania.

Wisconsin became a regular competitor at Poughkeepsie until 1914 when concerns arose over the health of Wisconsin oarsmen, who rowed in 4 mile competitions, due to a medical report that was released.  There had a been a great deal of discussion over the varsity race length at Poughkeepsie leading up to this, but the medical report caused Wisconsin to withdraw after the 1914 Regatta.  They would not return to Poughkeepsie until 1924 when the varsity race was shortened to 3 miles.  When the varsity race returned to 4 miles, Wisconsin continued to compete though they did not come every year in the 1920s or 1930s and by the 1940s, they returned to competing each year.

Wisconsin was forever the underdog at Poughkeepsie, much like Pennsylvania, and despite a valiant effort they never finished higher than 2nd place in a varsity race and their only victories were early on in the freshman eight competition.

Wisconsin Where They Row: A History of Varsity Rowing at the University of Wisconsin by Bradley F. Taylor

Where They Row: The History of Men’s Crew at the University of Wisconsin