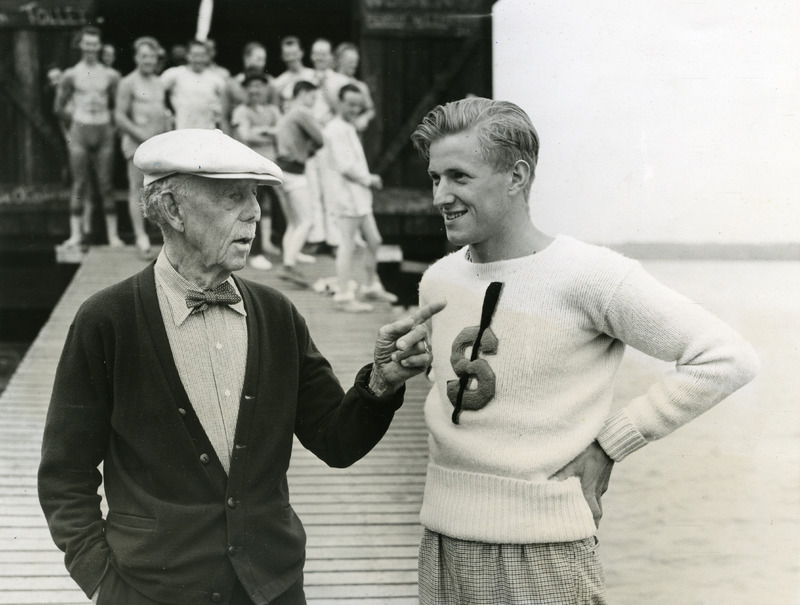 Syracuse first competed at Poughkeepsie in 1901 and continued to participate each year that the Regatta was held at Poughkeepsie.  In 1904, they won both the varsity and freshman races proving they were strong contendors.  The city of Syracuse was so proud of their crews, they held a large celebration upon their return.   Syracuse and Cornell vied for honors at Poughkeepsie through World War I, but Syracuse could not match Cornell's accomplishment of winning all three contests.

Syracuse came under fire after their victory in the 1916 Regatta.  There was some question as to whether all of their varsity crew members could be classified as amateurs as they had previously competed in contests for the Duluth Rowing Club (coached by James Ten Eyck, son of Syracuse's coach) before attending Syracuse University.   Ultimately no action was taken, but the IRA revisited its rules on what qualified as "amateur" for future competitions.  This would also mark their last varsity eight win at Poughkeepsie.  They would only win the freshman and junior varsity at Poughkeepsie in future years.

Despite the 1916 controversy, Syracuse again rowed in the IRA in 1920 at Cayuga Lake and won the first 3 mile version of the Varsity 8 race.  In 1921, they became a member university in the IRA and would be represented on the Board of Stewards.

As West coast crews came to dominate the Regatta, Syracuse, much like the other East coast universities, was no longer a top competitor.

*Only time held and Syracuse had the only entry, all others withdrews.

Mark of the Oarsmen: A Narrative History of Rowing at Syracuse University by Malcolm R. Alama