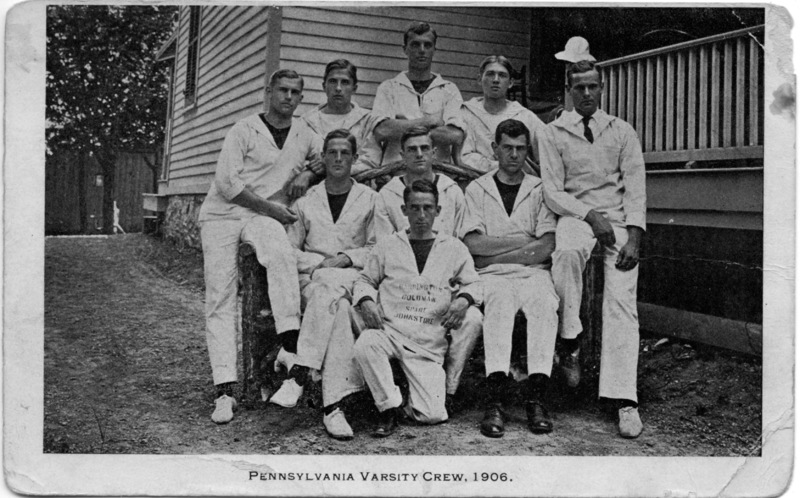 This year’s race brought about many proposed changes, including adding an additional race, shortening the varsity 8 length, and changing the placement of the course.  While not all the changes were put in place, this set the stage for discussions that continued throughout the Regatta’s tenure on the Hudson.

An octuple scull race (8 rowers using two oars and a coxswain) was proposed.  Many of the rowing coaches, former scullers themselves, believed that sculling would be the future for college rowing over the current practice of sweep rowing (one oar per rower).   The IRA agreed to a quadruple 4 scull race provided a minimum of three crews entered.  Only two universities, Syracuse and Pennsylvania, submitted entries and the race was eliminated.

Cornell and Columbia raised the possibility of shortening the varsity 8 race to three miles.  Coach Courtney had long advised that four miles was unnecessarily taxing to rowers and a shorter distance was sufficient to demonstrate rowing ability.  No changes were made to the course length as this time.

The course was moved away from the Highland shore and closer to the middle of the river because many felt that certain lanes were more advantageous than others.  Cornell and Pennsylvania who had drawn the number four lane for different races objected to this change as it placed their crews very close to the bridge piers and the eddy near the piers made it almost impossible to row.  Despite their objections, the IRA refused to change the course’s position.  Cornell’s concern over the number four lane was not justified as they triumphed in the varsity 8 race. However, Pennsylvania may have been right as they finished last in the varsity 4 and freshman, the races in which they were assigned the number four lane.

Race day was plagued by thunderstorms and all the races were delayed. 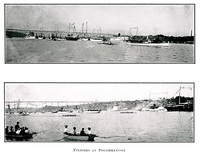