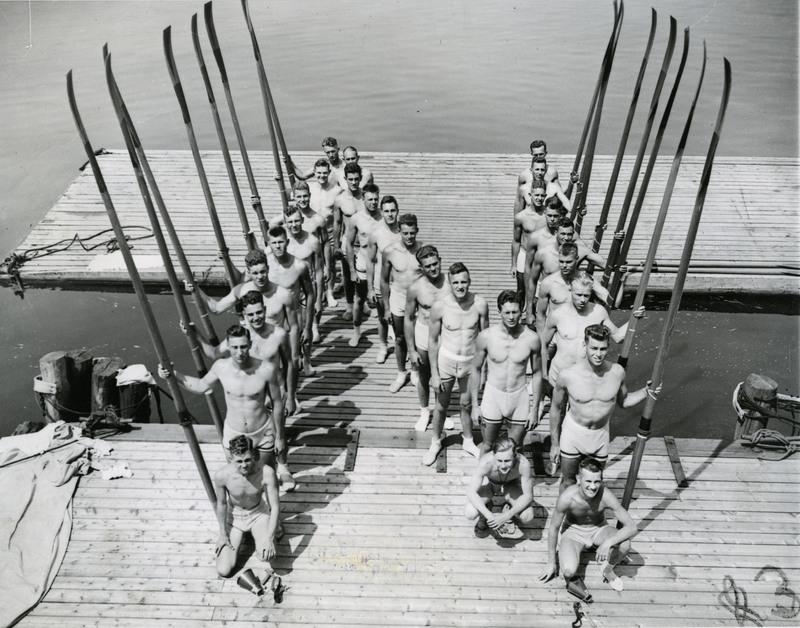 The United States Naval Academy or Navy made its first appearance at Poughkeepsie in 1907 in grand style.  Accompanying the crew were several naval destroyers that added pomp to the 1907 Regatta.  The crew stayed in a lavish privately owned houseboat, The Everglades, that was profiled in the New York Times.  Navy sent a varsity crew that finished third that year, a good showing for a newcomer to Poughkeepsie.  Sadly, this would be Navy's last appearance until after WWI.  Schedule conflicts and concerns over race length prevented their participation until their return in 1921.  In 1920, while the IRA was held at Cayuga Lake, Navy's varsity crew  represented the United States at the Olympics in Antwerp,  Belgium and emerged victorious.  They continued this theme at Poughkeepsie, winning the varsity race in 1921 and 1922.

Navy was always a solid competitor at Poughkeepsie, frequently finishing in the top 5 in most races and had several victories throughout their participation.  Their greatest victory came in 1938 when the varsity crew coach, Charles "Buck" Walsh, was hospitalized and was unable to coach and the varsity crew triumphed with a record setting finish in his honor.

The Wonder Crew: The Untold Story of a Coach, Navy Rowing, and Olympic Immortality by Susan Saint Sing