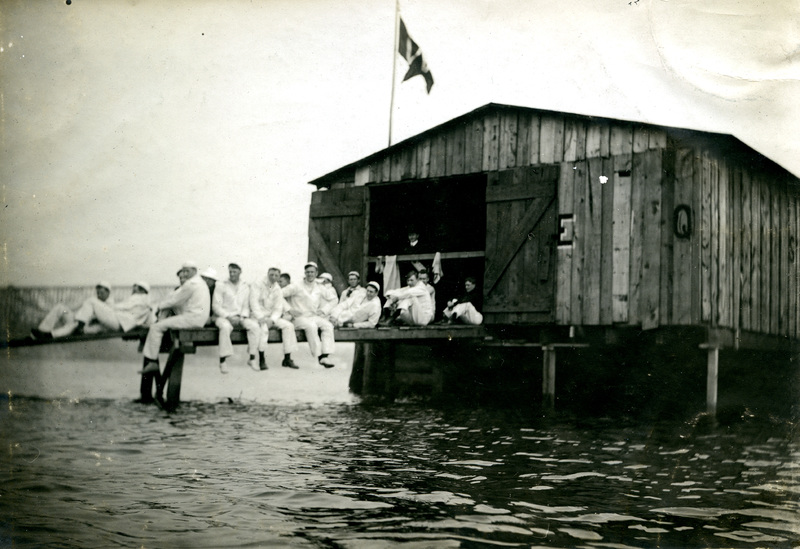 This Regatta saw a new competitor, the United States Naval Academy.  Speculation arose about who else might compete in future Regattas including the United States Military Academy, Princeton University, the University of Minnesota, Stanford University and more.  While locals and sports writers seemed very interested in adding as many universities as possible, the IRA was more cautious due to concerns over expanding the course and the financial costs of additional crews.

While excitement was high over Navy competing, they did not become regular competitors, and this was also the last year that Georgetown University sent a crew.

Once again, an attempt was made to add an octuple scull race, but with too few entries the IRA abandoned any future attempts to add this competition.

Race day was a gala affair with seven naval vessels anchored at the finish line with students and naval officials aboard.  This year’s crowd was large and excited for the event, which unfortunately had a delayed start.  The varsity 4 and the freshman races were held up by a late observation train. The varsity eight was pushed back due to weather and a tugboat obstructing the course.

Cornell and Navy were the favorites in the varsity 8 but unexpectedly it was the Columbia crew who made Cornell work for the victory; Cornell won the race by only five feet.  Wisconsin saw its first and only victory in the freshman race on the Hudson under the direction of their new coach, Edmund H. “Ned” Ten Eyck. 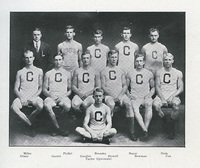 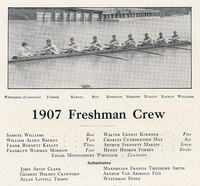